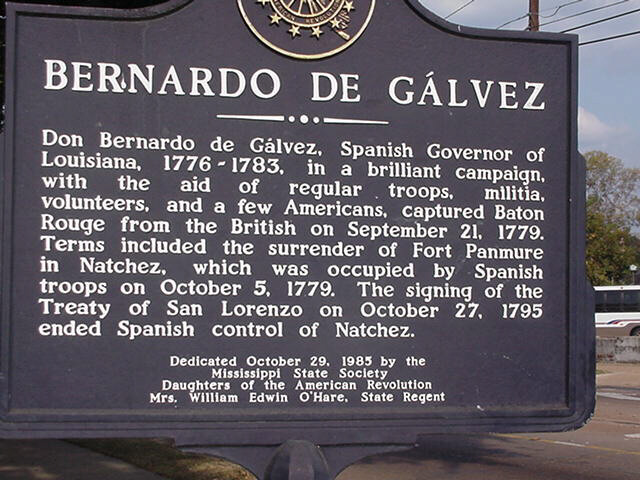 Role of Gálvez in the American Revolution

The Society, the Granaderos y Damas de Gálvez [the Grenadiers and Ladies of Galvez], which is based in San Antonio, TX dedicated a plaque to Gálvez in New Orleans on Thursday, September 25, 2012 - permission was given by The Times-Picayune to convert an article published Friday, Sept. 26, 2012 to pdf format - see Gálvez Plaque-NO

Manuel Olmedo Checa in Malaga, Spain, a historian and member of the Association Bernardo de Galvez y Gallardo is the author of a biography on Galvez that is in Spanish and English. He has graciously given me permission to provide the biography in pdf format. The Association has an excellent website at www.yosolo.org

Bernardo de Gálvez in Louisiana 1776-1783
by John Walton Caughey
with a Foreword by Jack D.L. Holmes

Back to American Revolutionary War Patriots